The Knights will be looking to get their Dream11 Super Smash campaign up-and-running when the Otago Volts visit Seddon Park tomorrow.

The teams head to Hamilton with contrasting results after their opening round fixtures, with the Knights hoping a homecoming will help them open their account for the season. 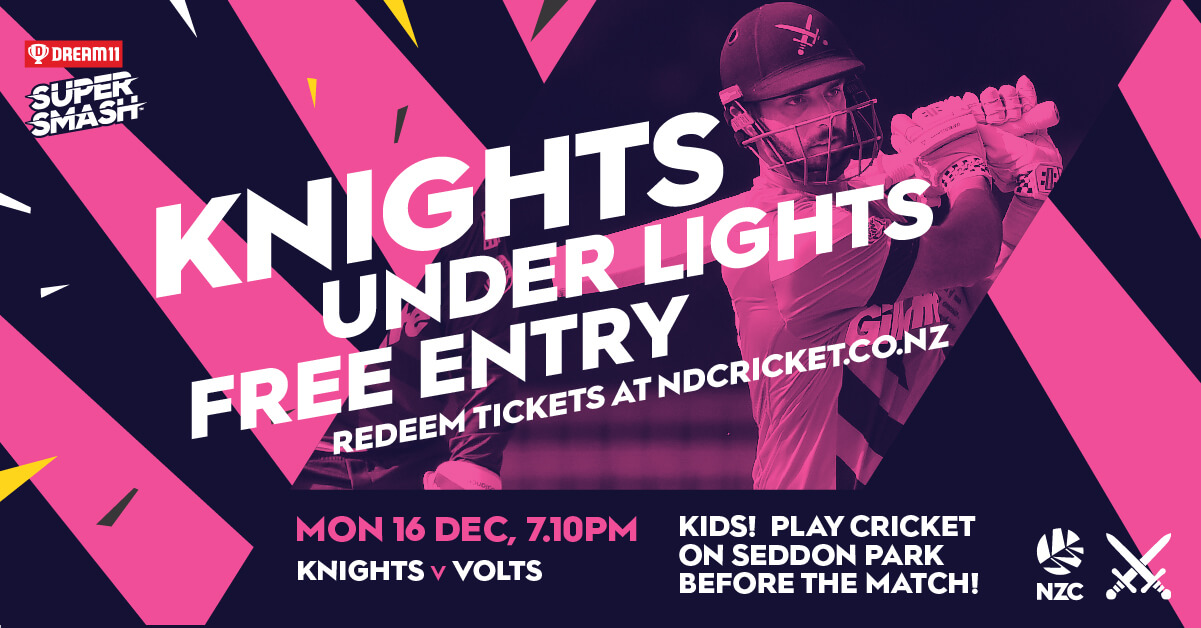 The squad return from McLean Park after an opening round clash with the Central Stags, and should be boosted by the return of Tim Seifert to the side after he missed the Napier encounter.

A big crowd should be on-hand to cheer them home, with Northern Districts offering free entry to Hamilton City Council ratepayers with their 'Knights Under Lights' offer.

The free entry is offered as a thank you for Seddon Park's new lights, which will be in operation for Monday night's match.