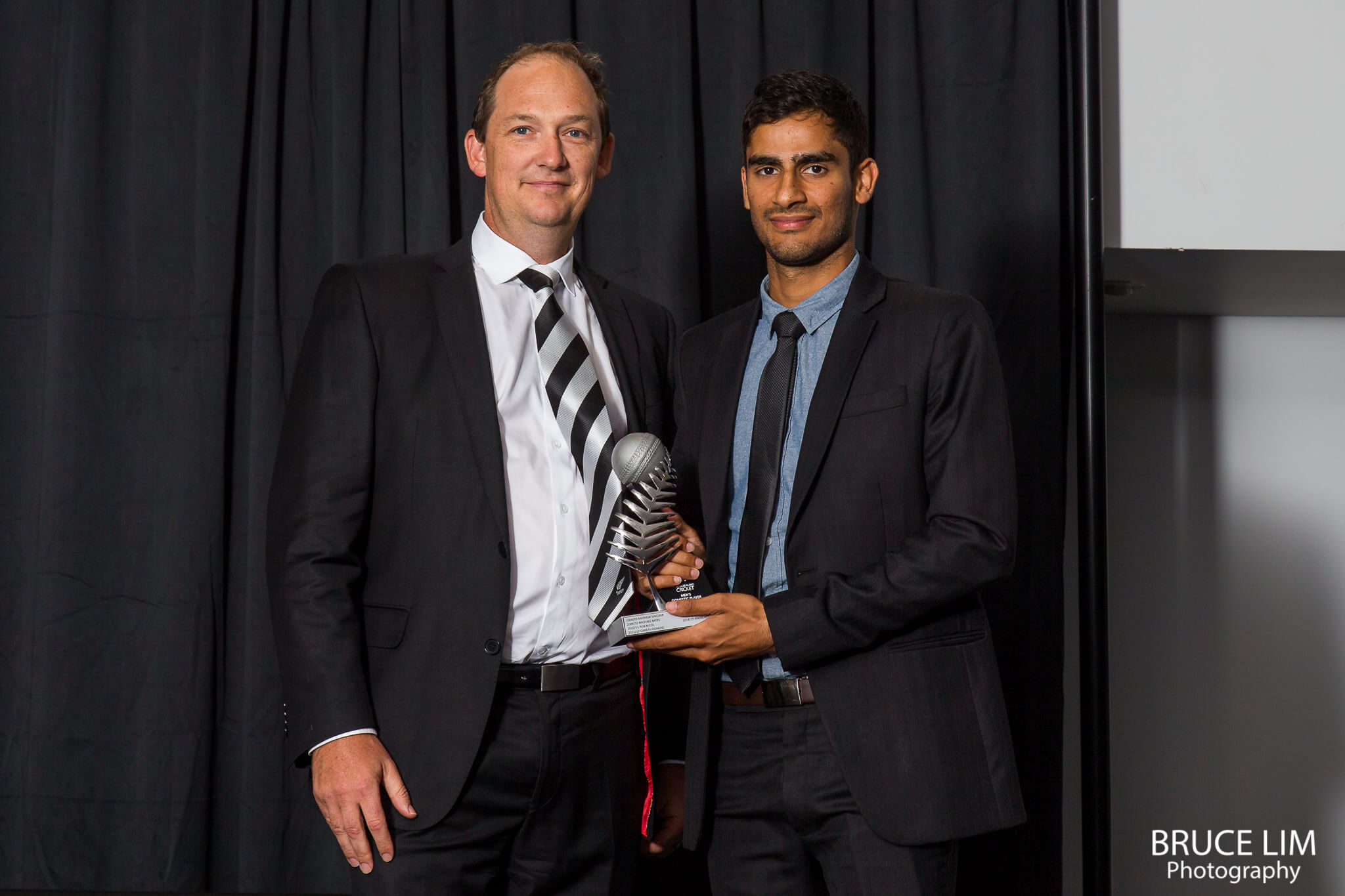 As well as claiming the top prize for Northern Districts and SKYCITY Northern Knights Batsman of the Year, Bharat was also awarded the New Zealand Cricket's Domestic Player of the Year in a surprise announcement at the end of the ceremony.

Bharat Popli joined a select handful of batsman in the long history of the Plunket Shield to have scored over 1000 runs in a 1st Class Season.  Following his maiden first class century against the Mondiale Aces Bharat scored 1149 runs at an average of 67 per innings. The 25 year old was the top scorer in the Plunket Shield. He scored 3 centuries during the competition, but also had four other scores between 89 and 100.  Only English international batsman Graeme Hick has scored more first class runs in a season for Northern Districts.

Northern Spirit Captain Brooke Halliday led the team to wins over Otago and Central Districts with her determined batting and energetic fielding.  She was the Spirit's top run scorer in the T20 competition and the second highest run scorer in the One Day Competition behind Natalie Dodd.  Her 7 catches in the field were the most by any Spirit player.

Other awards presented during the evening were Scott Kuggeleijn for Bowler of the year, having taken 50 wickets for the SKYCITY Northern Knights across all three formats and Daniel Flynn taking home the Fielder of the Year.

SKYCITY Cricketer of the Year - Bharat Popli, Bay of Plenty

SKYCITY Fielder of the Year - Daniel Flynn, Bay of Plenty

SKYCITY Batsman of the Year - Bharat Popli, Bay of Plenty